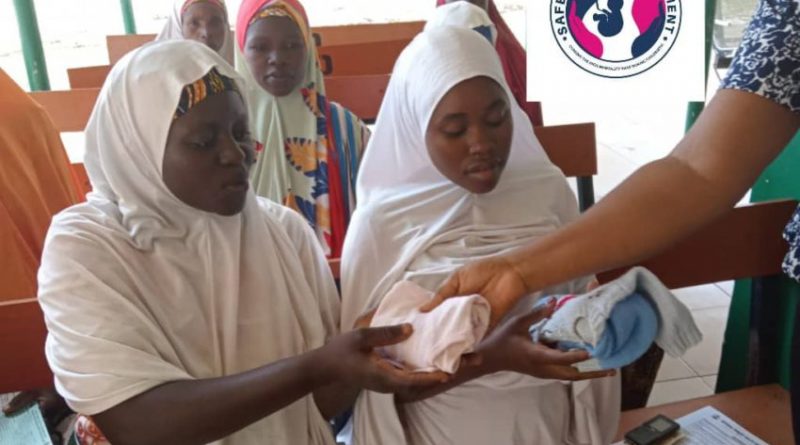 In May 2020, a 39-year-old Nigerian womanreportedly died of complications after giving birth inside a church located in Lagos State, Nigeria.

This is only one out of several cases of maternal deaths in Nigeria resulting from complications during childbirth which could have been avoided if professional healthcare providers were readily available.

According to a report by World Health Organisation, 830 women die every day from preventable causes related to pregnancy and childbirth with 99 per cent of these occurring in developing countries and it is even higher for women in rural areas and poorer communities.

“Women and newborns in sub-Saharan Africa are at higher risk of dying during and immediately after childbirth,” says a UNICEF report.

In some parts of Nigeria, religious ideologies and the misconception about ‘Hebrew women’ (a term with biblical origin used for women who give birth effortlessly without the assistance of midwives) is one of the numerous reasons for high maternal mortality rate.

“A lot of people keep praying to deliver like the Hebrew women and they limit this to only vaginal delivery. You get to find women who cannot even have a vaginal delivery naturally running away from Caesarean section even when it is the safest for them,” Says Ms Abel Abigail David-Utah, the founder of Safe Delivery Movement.

Safe Delivery Movement is a Non-profit Organisation established in 2020 to curb high maternal mortality and mitigate the stigma faced by women who give birth through Caesarean sections in Africa. It does this by enlightening individuals on childbirth and delivery methods while empowering poor pregnant women through integrated grassroots and community outreach in rural areas.

Ms Abigail who is also a researcher and writer was moved to establish the movement after she gave birth to her 3rd child through Caesarean section and at the same time lost one of her friends to labour complications after being pressured into vaginal birth even when she knew it was unsafe for her.

While Abigail opted for an elective Caesarean section owing to the weight of her child revealed to be 4.8kg, the story wasn’t the same for her friend, Cynthia* who revealed she was not courageous enough to go for a C-section against the will of her husband and family as they all had strong belief in the Hebrew woman ideology.

Prior to her death, Cynthia who was working as a nurse in one of the Federal Medical centres in Southeastern Nigeria shared her story with Abigail at the hospital postnatal ward saying she envied her courage to opt for a C-section despite not having any health condition that warranted it.

“Despite being in a position to know better as a health worker, she agreed to a vaginal birth just to avoid stigmatization from her husband and in-laws who believed that every woman should deliver like the Hebrew women and failure to do so means such a woman is either lazy or not woman enough,” Abigail told AWiM News adding that she later died during childbirth due to excessive bleeding arising from complications.

It is not just Cynthia who put her life at risk just to bring forth another life, an estimated2.8 million pregnant women and newborns die every year, or 1 every 11 seconds, mostly of preventable causes.

“If a health worker who knows better could allow pressure from family and her spouse push her into endangering her life, how much more women who do not know as much and are not enlightened?” Abigail said while stating her driving force for establishing the Safe Delivery Movement.

Although World Health Organisation recommends 5 per cent of births by caesarean section, this is not the case in West Africa where only 4.1 per cent of births involve a section while Nigeria has only 2 per cent evidently fueled by stigmatization and strong religious beliefs that vehemently condemn it.

“God told us that if we tell this mountain to move it will be moved. CS is not a normal portion for a believing woman; it is in abnormal cases that you see CS” says one of the participants of a Focus Group Discussion held as part of a 2015 research on how Socio-cultural factors, gender roles and religious ideologies contribute to Caesarian-section refusal in Nigeria.

This is the mentality of a Nigerian woman who has been brainwashed by religious leaders to believe that denouncing every form of Caesarean section is an expression of faith.

Hence, they prefer giving birth in the church premises amidst prayers to going to a hospital with qualified doctors. Even when they visit the hospital, they cast and bind every spirit of Caesarean section and rebuke any that recommends such.

Aside from religious beliefs and the Hebrew women myth, cultural belief is also one of the causes of maternal mortality. Some cultures stigmatize and refer to a woman who cannot deliver through the vagina as a weak woman. This causes women to yearn to prove themselves by having vaginal birth even when it is unsafe for them.

Poverty and ignorance are also reasons for increased maternal mortality and rejection of delivery through caesarean section. Most families cannot afford to register for antenatal and so they opt for home birth even without assistance of a certified midwife. Others are simply ignorant of the current medical trends that has to do with child birth and would rather stick with the archaic methods used by their mothers with the excuse that what worked for their mothers would surely work for them forgetting that times have changed.

“It’s better I set up something to help these women regain their self-esteem because most of them had their egos bruised because of this stigma leading most of them to keep their delivery methods a secret from family members or even lie about it just to fit into the societal description of what a woman should be,” Abigail said.

One way Safe Delivery Movement fights to correct this and reduce the number of women who die during childbirth in Nigeria is by organising grassroot sensitization programmes in communities and public hospitals in the Northern part of Nigeria precisely, Borno State.

“When we got here eight months ago, we noticed that most pregnant women here do not visit hospitals because they see it as waste of funds,” Abigail who is also a childbirth educator said adding that they started enlightening such women on the need to register with health centres for better healthcare and antenatal services as well as assisting them with birth accessories and baby clothes.

“This makes it easier for us to help them clear the hospital bills after delivery. If not, they’d rather go to traditional midwives thereby putting their lives and that of the unborn child at risk.”

Aside from organising physical sensitisation programmes for pregnant women, Abigail through the Safe Delivery Movement also gives out a book she has authored to women especially midwives and healthcare workers in hospitals.

The book titled, “I’m not a Hebrew woman, all I want is safe delivery” gives women insight on what to expect during pregnancy, childbirth and post-partum recovery as well as the role of men in those periods.

It also talks about the Hebrew women ideology and the misconceptions surrounding it, addresses the issue of stigma faced by C-section women and ways they can accept their reality and regain their confidence and self-esteem.

Similarly, the movement recently secured a slot to anchor a radio programme on Africa Daily News, New York aimed at reaching more women in Nigeria and beyond.

The live programme aired every Wednesday at 7pm Nigerian time and repeated at 10pm same day is anchored by Ms Abigail who talks about topics ranging from issues affecting women in marriages such as kinds of abuse and domestic violence, about delivery methods and ways to curb high maternal mortality, about female reproductive health issues, pregnancy, childbirth as well as the role of men during pregnancy, childbirth and post-partum recovery of their wives.

Abigail through the Safe Delivery Movement advises prospective mothers to always listen to their doctors as everyone has their unique medical history and needs but with same ultimate goal of ensuring safety and survival of both mother and child before, during and after delivery.

“An enlightened woman is unlikely to be influenced or pressured into taking wrong decisions by an ignorant spouse and this is why we sensitise both men and women,” Abigail concluded.