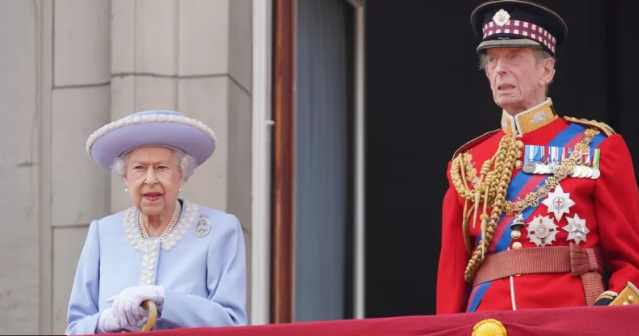 Britain’s Queen Elizabeth II has become the second longest-reigning monarch in history, after Louis XIV, who became king at the age of four.
According to a report published by the BBC, as of today (Monday), Queen Elizabeth outperformed King Bhumibol Adulyadej of Thailand, who died in 2016, after equalizing his reign (70 years and 126 days) yesterday.
The first place in the list belongs to the French King Louis XIV (1638 – 1715), who ruled for 72 years and 110 days from 1643 to 1715, but he did not begin to rule personally until his twenties in 1661.
If the queen is still ruling in May 2024, you will get the title of tallest monarch in a sovereign country.
The Queen assumed power at the age of 25, after the death of her father in the early hours of February 6, 1952. In September 2015, she became the longest-reigning monarch in Britain’s history when she surpassed the reign of her great-grandmother, Queen Victoria.
The Queen, who has problems with mobility, has taken on less official duties recently.
On the final day of celebrations to celebrate the 70th anniversary of her accession to the British throne, last week, Queen Elizabeth appeared unexpectedly from the balcony of Buckingham Palace Sunday to salute the crowd.
The 96-year-old missed the main celebrations of her platinum jubilee. She did not attend the Friday Mass, the Saturday horse race, or the concert in front of her palace, and she did not make any public speech.
The Queen greeted the smiling crowd during this brief apparition before slowly returning to the palace.
Also, on Sunday, the Queen sent a message to the British, thanking them for participating in the celebrations of her jubilee, in which she said that she was still “committed to serving” the British.
“I am deeply touched that so many people have taken to the streets to celebrate my platinum jubilee,” she said in the letter published by Buckingham Palace and signed in her handwriting. “I remain committed to serving you to the fullest, with the support of my family,” she said.