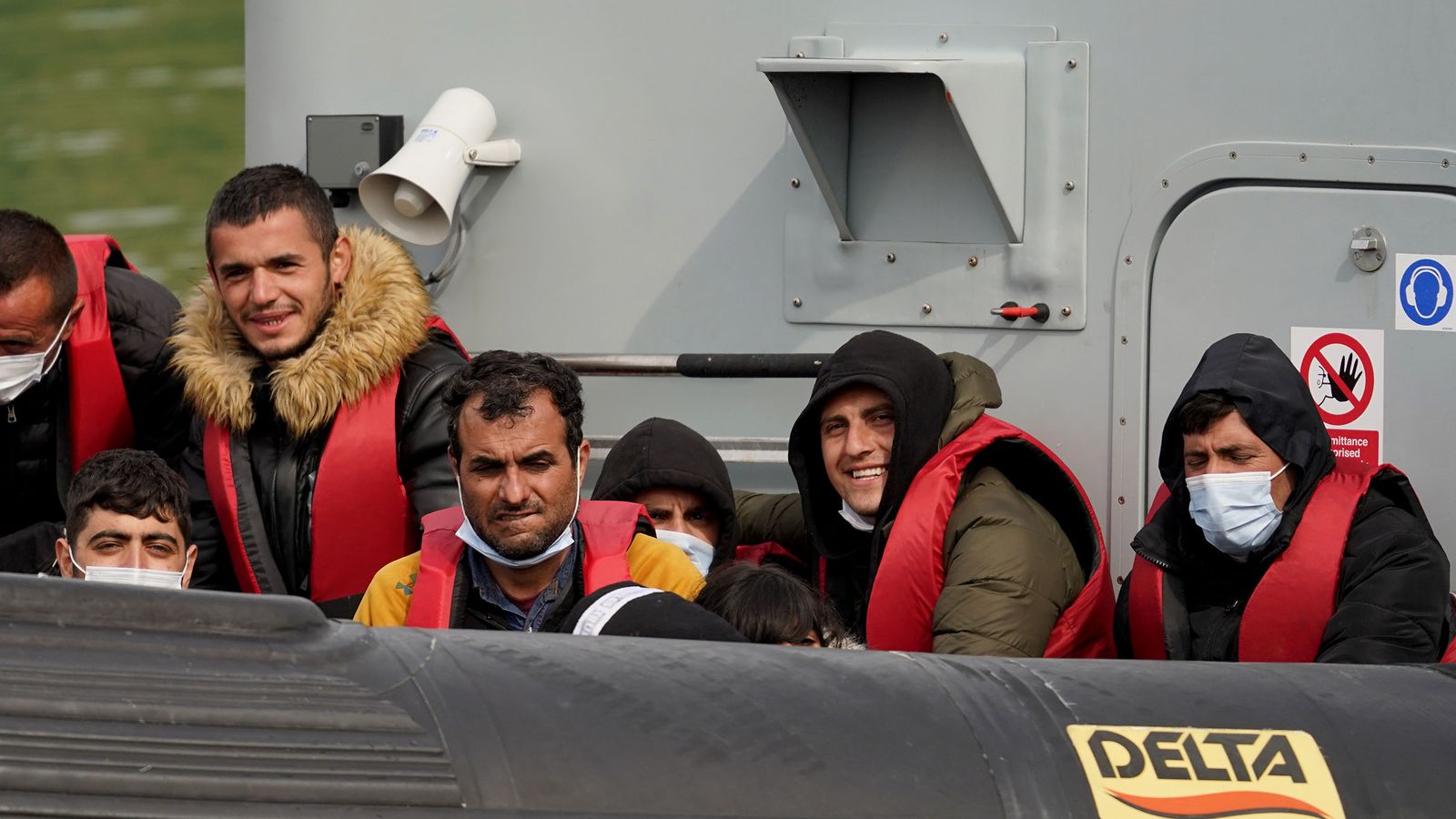 The scheme to give illegal migrants a one-way ticket to the African country has been criticised by charities, but the home secretary says the UK is determined to remove those without the legal right to remain in the country.

Priti Patel has said her plan to send migrants to Rwanda sends a “clear signal” that those who arrive illegally have no right to remain – but admitted it will “take time” to implement.

The plan has been described as “cruel and nasty” by charities and “opposite the nature of God” by the Archbishop of Canterbury.

But the prime minister has argued that it will deter people from making perilous Channel crossings in small boats and is “morally the right thing to do”.

The first group of asylum seekers that could be given a one-way ticket to the African country were to be notified this week – with those successfully claiming asylum to be given refugee status in the country.

First flights are expected to take place in the coming months.

Boris Johnson has criticised “liberal lawyers” who he says are attempting to halt the plans.

Ms Patel, speaking during a visit to the Met Police specialist training centre in Gravesend, Kent, said: “I’ve said from day one, even when I signed the agreement and announced the partnership, that this will take time and it will take time for a range of reasons.

“We see various hurdles and barriers, mainly from specialist law firms that want to block the removal of individuals that have no right to be in our country.

“That is part of the techniques that they use.”

But the home secretary added that the government was determined “to remove those individuals who have no legal right to be in our country”.

“And when it comes to the issue of small boats, that is exactly why we changed our laws, that is why we have this partnership with Rwanda, because it’s sending out a clear signal that those that come to our country illegally, they will have no right to remain in our country,” Ms Patel said.

“We will use every tool and every piece of legislation that we have at our disposal to make sure that we can remove them.”

‘No cap’ on the number of people being sent to Rwanda

Boris Johnson said initially tens of thousands of people could be flown to Rwanda under the agreement.

But The Times reported that modelling by Home Office officials indicated that only 300 a year could be sent there.

The department later said it did not recognise the figure and that there was no cap on the number of people who may be sent to Rwanda.

At least 7,739 people have arrived in the UK after crossing the Channel this year so far, according to analysis by PA of government figures, compared with 2,439 in the same period a year ago.