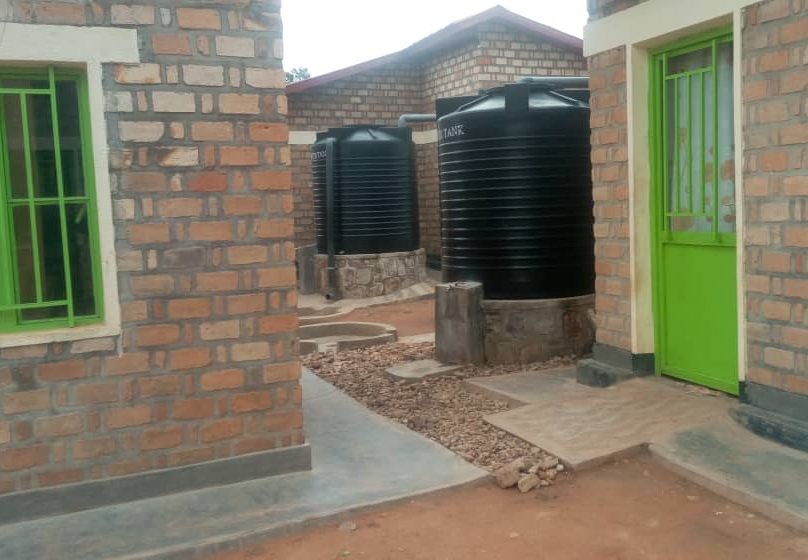 Large patches of green forest dot the Amayaga region, which is composed of four districts, including Kamonyi, Ruhango, Nyanza, and Gisagara in the southern parts of Rwanda.

The region is covered by large patches of natural and planted forests rich in plants and home to a variety of animal and bird species.

The region was at high risk of drought due to deforestation by loggers who didn’t bother to replace trees, making the region dry as a result of long and sunny seasons.

The Green Amayaga project, sponsored by the National Environmental Protection Agency (REMA), which started in 2020 to restore biodiversity in the Amayaga region, has changed a lot in the region’s approach to tackling the challenge, with new forests planted, grass and crops in the fields, and the community being sensitised to protect the forests provided, donation of sustainable stoves which use one piece of firewood for a long period (cana-rumwe), among other things.

According to the Rwanda Environment Management Authority (REMA), these cookstoves are being distributed to promote energy efficiency as one of the project components.

The cookstoves’ thermal efficiency is above 30 and saves firewood by more than 50 percent compared to the traditional way of cooking (3 stones), which makes them contribute to deforestation mitigation. These cookstoves will also contribute to the socio-economic development of beneficiaries since, due to their efficiency in saving energy and time, beneficiaries will get the opportunity to do other income-generating activities.

Beyond climate change mitigation, the project has especially helped women who have a low income, as they find the sustainable firewood they have been provided helpful as it reduces carbon emissions and air pollution, which would otherwise affect their health, leading to respiratory diseases. It also saves the forests that are frequently cut down for firewood.

Ms Ingabire Rosine, a genocide survivor living in Mbati Village, Nikamba Cell, Mugina Sector, says that the Cana-rumwe came as a solution to their livelihood.

In addition to the reduction in pollution, their children, especially girls, also benefited from it because they used to be sent to collect firewood and water, and it was quite hectic for them to walk long distances, which was too risky. “Before we used to buy firewood for 300 rwf  ($0.29) or 100 rwf per jerrycan of water, which was not even enough, and sometimes we didn’t have the money to buy them,” she said.

“Most of the people here are old men and women who survived the genocide and lost all their children. They have no one to send to collect firewood or fetch water for them, but the Green Amayaga project built us water tanks to collect rainwater and connected us to safe, tapped water. Things are different today because we only use one piece of firewood stove, “she added.

The project is also creating green jobs since many women’s groups have embarked on tree nurseries whereby they sell the seedlings to boost their income.

According to Eric Nsengiyumva, Mugina Sector’s Director of Economics and Natural Resources, this is a sustainable solution for the people and the environment, as both humans and the environment should be able to coexist without disruption.

“The rescue squad wasn’t called, but it was visible to everyone that we were risking our region and, sooner or later, we had to face the consequences of climate change,” he said.

Once the project is completed, we will continue to work because we have found it very necessary, and the forests will also be at peace. It was not easy at first because they were being cut down,” he added.

Activities are not limited to community outreach, as there is so much to offer. This includes afforestation and introducing sustainable agriculture to 280,000 hectares of arable land for mixed cropping, 1,336 hectares of progressive terraces, 147 hectares of arable land, 147 km of roadside trees, and 10 km of bamboo plants on the banks of the river, as well as edible fruit trees such as avocados, mangoes, mandarins, oranges, and macadamias worth $45,000 from 17,900 trees.

Ms Rachel Tushabe, the Director for Environmental Education and Mainstreaming, stated, “We are glad that many partners came on board because the environment has been considered as a cross-cutting issue in national planning as we move towards achieving the vision 2050.”

She noted that as the country moves towards achieving the National Strategy for Transformation in Rwanda on the road to COP 27, it needs to have partners on board, including the private sector, local NGOs, and the media. All of these would be channels through which education, entertainment, and advocacy for the environment and climate change are directed.

“These committees have members from different sectors of the economy through which we believe, when trained, planning from the grassroots level up to the national level can be attained and implementation achieved,” she explained it to AWiM news.

Speaking during the 5th United Nations Environment Assembly (UNEA) in March, UNEP’s Executive Director, Inger Andersen, stressed the importance of coming to a global agreement on the definition of nature-based solutions and mentioned biodiversity restoration as a key issue.

The  $32.7m (RWF 31.9b) Green Amayaga project was designed by UNDP in partnership with the Rwanda Environment Management Authority (REMA) and with financial support from the Global Environmental Facility (GEF) to contribute to the implementation of the National Strategy for Transformation (NST-1) and the Nationally Determined Contributions (NDC) to the Paris Agreement.

Indeed, other countries across Africa should emulate Rwanda in mitigating the effect of climate change while improving the lives of women and youth.