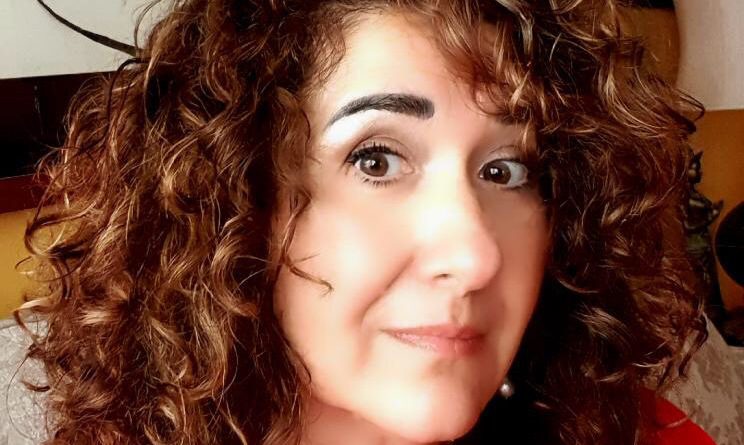 Gulnar Esmat remembers when the symptoms started. One after the other like dominoes. Nothing felt right. Doctors said it was anxiety, but she was never an anxious person. They claimed the insomnia was just another symptom, but she was always a fast sleeper. Some even concluded it was a nervous breakdown. The medications helped, but no doctor seemed to wonder about how it all started.

It wasn’t until she started doing her research that a switch was flipped. An article by Harvard Medical School had her answer: perimenopause. The perceived mystery illness was the natural time before menopause.

That was four years ago. Since 2020 Esmat has been running “Your Golden Hour”, MENA’s first Arabic menopause-awareness page.

“I was suffering tremendously. I didn’t know what was happening. And nobody was giving me answers,” Esmat says.

The Mayo Clinic defines perimenopause as “the time during which your body makes the natural transition to menopause, marking the end of the reproductive years.”

She points out how most Egyptian doctors only know a few menopause symptoms, like hot flashes or mood swings. Dozens of other common symptoms go undetected.

The process can become mentally, physically, and financially taxing as women don’t know where to turn to.

As a menopause coach with a homoeopathy background, Esmat is accustomed to not taking a list of symptoms at face value. Exploring different treatments and seeing the bigger picture was always a no-brainer.

She recalls asking a married couple who were doctors what they were taught about menopause. “They said they took one lecture about menopause. One lecture, in the entirety of their seven years of studying medicine.”

But it’s not just lack of awareness that is the problem. Sometimes Esmat will come across a well-informed doctor that can’t help because many treatments just aren’t available in Egypt. Hormone Replacement Therapy (HRT) options are limited and other proven treatments like local estrogen cream are virtually unavailable. Instead, doctors write a prescription and then pharmacists have to crush estrogen pills to put them into cream form.

Around this point in the interview, Esmat is hit with a bout of brain fog. She takes it in stride and explains that it’s another menopause symptom. Just knowing what these symptoms make it easier.

There are clear cracks in the healthcare system, especially in women’s health. To raise awareness, Esmat had to take matters into her own hands. Education was the only way through.

“I wanted other women to understand what’s happening. And I can’t just do it by reading a few articles. So I joined Burrell college. It’s in England. They teach a course on how to become a menopause coach.”

That education made Esmat feel more confident about raising menopause awareness online. To better convey these messages, she examined the depth and reasons behind the knowledge gap.

When Esmat first started researching her symptoms, the only Arab-centric resource she found was an obscure medical article written in English.

The sheer lack of Arabic menopause content made “Your Golden Hour” even more necessary.

With the page’s first post, Esmat explained how we all have our first golden hour as babies. The light diminishes with time, but it can be reclaimed in menopause.

Menopause symptoms are extensive and “Your Golden Hour” walks followers through the lesser-known symptoms, tips, and treatments. Dispelling the stigma is the page’s main goal along with providing information and offering validation.

The Arabic word for menopause translates to “the age of despair”. Esmat asks us to think about the term and the weight it carries. It has a crushing sense of finality. But the end of reproductive years doesn’t mark the end of life.

Language shapes perceptions and approaches to health. Prevailing taboos make it hard for even women to speak about menopause.

“It’s created a set mentality where women are going to block even thinking about it…women among themselves don’t talk. It’s a stigma.”

Part of the stigma comes from becoming infertile.

An Arab woman’s fertility is often viewed as her most prized possession. Some women struggle particularly hard with this element of menopause. With egg-freezing options being practically unavailable in Egypt, women may feel their “best” years have set sail.

Fighting stigma means challenging the notion of fertility tied to self-worth. Esmat worked to drive the point home with the hashtag “Your value is not in your fertility”. She continues to show that menopause is about much more than fertility and its absence.

Communication is the only solution to the isolation that menopause can bring about. The majority of Esmat’s DMs are from women expressing surprise and gratitude at the knowledge offered.

“I did a post about problems with sexual dysfunction. I found that lots of women are too embarrassed to ask their doctors. Even when they go to female doctors.”

With little being offered to help the most standard examples of menopause, those going through early menopause have even less access to support. Esmat recalls a doctor saying that his hands were tied and he didn’t know what to offer premature menopausal women.

“I get questions all the time on my direct messages from women who are in their 30s. And they’re starting to have symptoms. 72,000 women in Egypt suffer in the age range between 30 and 40 from premature menopause,” Esmat says.

Then there are the messages being communicated to viewers through more traditional Arab media. In the rare instances that menopause is represented it’s strictly about fertility or, even worse, portraying a woman who is horrified about this phase of life.

Menopause awareness is happening but Arab women have been largely left behind.

“There are a few platforms in Dubai and the Emirates and things like that, these are expatriates or foreigners presenting information in English.”

And though countries in the West are seeing a bigger shift, it’s time the MENA region takes advantage of recent body and sex-positive movements.

It’s no easy feat with the lack of resources available, but there’s an impact in even just giving a name to the seemingly unrelated cluster of symptoms facing menopausal women.

Esmat’s deepest hope is that these conversations will make their way to Egypt’s Ministry of Health.

The effects of menopause such as lower estrogen can even directly cause debilitating conditions.

“Taking care of perimenopause women will lower the final cost of having to deal with heart problems, high blood pressure, diabetes, and osteoporosis.”

Information can be life-saving. Esmat explains medical emergencies like heart attacks can often be prevented when the right amount of HRT is given to women who are within 5-10 years of reaching menopause.

For the government, “this is useful because it tends to reduce the costs of healthcare. It reduces the costs of dealing with women who get osteoporosis and of women breaking their hips.”

Personal costs aren’t the only financial consequence of menopause. The government should be able to see the economic effects nationwide. Women are central to the workforce both in formal and informal sectors, but productivity suffers when women do.

While improved healthcare is vital, so is self-care.

“Women need to prioritize their health and nutrition. Exercise is crucial. So is good quality sleep, stress relieving mechanisms, and time for yourself.”

Esmat urges women to stop bottling up their pain. “When you share the things that bother you, you share your experiences. You hear out and talk to other women. It’s somebody else carrying the same burden.”

Along with assuring women their symptoms matter, raising awareness can mean getting real treatments.

“Once you normalise the conversation, once women start to talk, maybe then they will be able to start going to the doctors and say, ‘find me a solution”.

But even with the challenges menopause can bring, women go through spiritual and emotional awakenings. It can be a time when some of the most selfless women put their foot down and put themselves first.

“It’s a rocky journey but it’s amazing… It’s a liberating stage of your life despite how tough it is sometimes. I think I’m at my best now.”