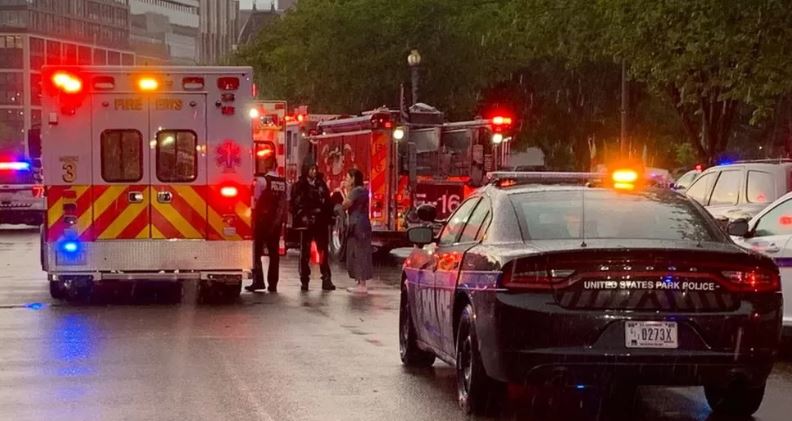 An elderly couple from Wisconsin are among three dead after they were struck by lightning near the White House in Washington DC, police say.

James Mueller, 76, and Donna Mueller, 75, were visiting the US capital to celebrate their 56th wedding anniversary, their niece said.

On Friday, an unnamed 29-year-old man injured in the strike also died. A fourth person was critically injured.

The victims were in Lafayette Park in a storm on Thursday when they were hit.

The park’s proximity to the seat of the US presidency meant members of the US Secret Service were among the first people to tend to the victims.

The White House offered condolences to the families of those who died. “We are praying for those still fighting for their lives,” said White House press secretary Karine Jean-Pierre.

The lightning struck the four people near a tree by the fence that surrounds the White House complex.

In the wake of the incident, part of the park remained closed with emergency services at the scene.

The National Weather Service had issued a thunderstorm warning for the area on Thursday.

Lafayette Square is a seven-acre public park directly north of the White House. It is often crowded with visitors, especially during the summer.

According to US health data, about 40m lightning strikes hit the ground in the US each year, but the odds of someone being struck are less than one in a million, and almost 90% of all such victims survive.