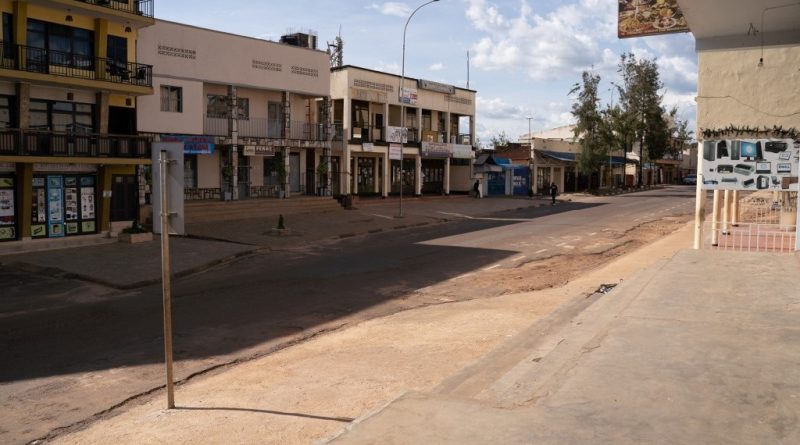 For most people, the lockdowns and quarantines imposed by governments to slow the spread of the COVID-19 virus have been the first time their freedom of movement and daily life has been so severely restricted. Previous pandemics, such as the Hong Kong flu in 1968, brought guidelines on hand-washing and social distancing but didn’t result in lockdowns.

The COVID-19 lockdowns have caused significant collateral damage to the global economy, as well as disrupting access to non-COVID-19 related medical care, routine immunisation programmes and family planning. Now that many countries are easing their restrictions after several weeks of total social and economic standstill, how effective were the lockdowns in their intended effect to flatten the epidemic curve and prevent health services from being overwhelmed?

BENEFITS OF LOCKDOWN CAN DEPEND ON THE TIMING

Several countries, such as China, Germany and Spain, noted a fall in infections after lockdown measures were implemented. A study in China showed that the time for the number of cases to double rose from 2 days to 4 days, indicating a slowing down in transmission. Researchers estimate that the five-week lockdown in Italy prevented 200,000 hospital admissions from COVID-19 and reduced transmission of the virus by 45%.

Compared with many countries in Europe, the UK, which has now had over 50,000 deaths and the highest number of cases in Europe, entered lockdown late. This has led to the recent suggestion that the current number of deaths could have been halved if the UK had introduced the lockdown one week earlier.

A study of China, South Korea, Italy, Iran, France, and the USA showed that by the beginning of April lockdowns and other measures such as travel restrictions and social distancing prevented 530 million infections across the six countries.

Given the unprecedented nature of the COVID-19 pandemic, timing of anti-contagion measures such as lockdown can be challenging. Some countries have said they needed to be convinced of the enormity of the threat before implementing lockdown. One study suggests that ideally, a severe lockdown would start no later than two weeks after the outbreak began, gradually easing off to cover 60% of the population after a month, and 20% of the population after 3 months.

Lockdowns in countries in Africa, Asia and Latin America have had devastating economic effects on vulnerable and marginalised populations, and many informal workers on hourly and daily wages saw their incomes end the instant lockdown started.

In India, the 400 million workers in the informal sector are at risk of falling into poverty.

Wealthier countries are more likely to have social and economic safety nets in the form of furloughs, paused mortgages or rent payments and economic stimulus or other benefit payments.

TRYING TO FLATTEN THE CURVE WITHOUT LOCKDOWN

Sweden has been one of the European countries taking a controversially different approach to its neighbours by not implementing lockdown, but instead advising social and physical distancing, and hygiene measures. The country’s theory was that as many cases of COVID-19 can be asymptomatic, control would be challenging and “herd immunity” may be a more pragmatic goal. Sweden has now had more deaths (4,795) per capita of its population of 10 million people, than Norway (239) for 5 million people and Denmark (593) for 5.5 million, both of which had lockdowns.

So far, the herd immunity approach seems to be far from working, with one study suggesting that only 7.3% of the population so far have antibodies to COVID-19. The country’s public health officials have now said that they should have done far more to slow the spread of the virus, including making testing more widely available. Moreover, even if herd immunity were achieved through widespread infection, it is currently unclear how long immunity lasts.

Part of the rationale behind Sweden’s “herd immunity” approach, which the UK initially considered before rapidly heading into lockdown, is that a lockdown is unlikely to quash COVID-19 entirely, and a population that is partly immune could weather a second wave more effectively later in the year.

Professor Johan Giesecke, a Swedish physician who advises his government, acknowledges that lockdowns will have had the effect of not overwhelming health systems, but believes that all that lockdowns do is postpone cases and deaths that will happen eventually anyway.

Thus, countries that have had strict lockdown restrictions may be suffering economic devastation now, only to see more deaths in the future. However, if a safe and effective vaccine is put into widespread use, and prevents infections delayed by lockdowns, those deaths may not happen at all.

Like many things associated with COVID-19, the ultimate value of lockdowns is still uncertain but will depend on the choices and actions of people around the world. And like any medicine, the benefits of lockdown may ultimately be shown to depend on timing, dose, and duration.