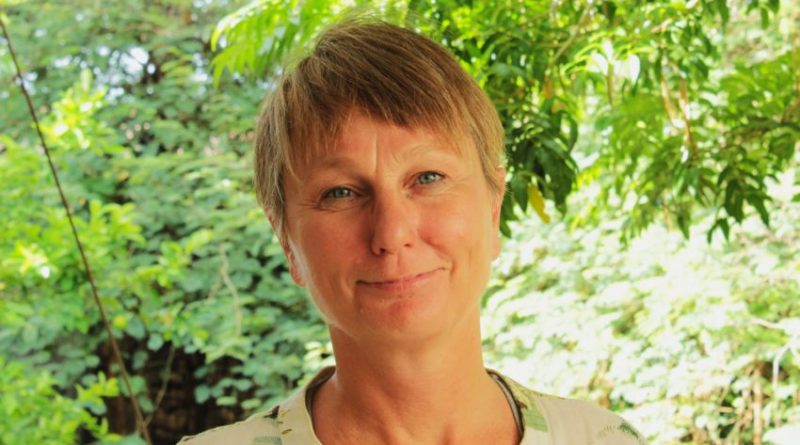 There is a trend toward green initiatives as countries work to reach Sustainable Development Goals. Photo/Teneal Koorts/African Women in Media (AWiM)Windhoek

In this light, Ina Wilkie, alongside other like-minded women, set out to address food insecurity in Namibia’s biggest informal settlement. Here, on the outskirts of the capital city of Windhoek, women find themselves unemployed and vulnerable, yet empowered to create a secure life for themselves and their families.

In 2013, Namibia experienced the worst  droughtin 30 years of the country’s history, calling on the government to declare a national state of emergency. Seven dry years later and two more states of emergencies in 2016 and 2019 left more than 650,000 people and 26 percent of the population facing high levels of acute food insecurity. This number is expected to increase to 750,000 because the severe aftereffects of the prolonged drought will linger on.

Although the agriculture sector faced the bigger brunt of the drought, cities like Windhoek faced water cuts, business closures and job losses. By the end of 2018, at least 438,000 Namibians were unemployed with more than 56 per cent of them being women.

During this period, and after, the government, the private sector and communities embarked on various drought and food insecurity relief initiatives, some of which are still ongoing today. On the steering end of many of these initiatives is Ina Wilkie, consultant for sustainable land management at the World Future Council (WFC) and various other development projects.

Some of her most recent projects focus on improving food and nutrition security. One of them being the Farm Okakuna project. Since 2018. her organisation, alongside The City of Windhoek (CoW) and permaculture experts, have been providing permaculture training to shack dwellers in Windhoek.

“Last year the CoW received funding and took over the Farm Okakuna project. That was a compliment because if a public institution wants to take over a project, you have to be doing something right. My experience over the years taught me to reduce complexity. If you take permaculture, for example, it has design principles and concepts that can be overwhelming. So, my idea was to reduce complexity with the Kambashu Institute, a small design and training initiative,” says Ina.

They developed their first solution, a permaculture food circle, last year in August. The design has a pit in the middle for greywater and different biomass. On the berm around the pit is a diversity of vegetables and fruit trees. Ultimately, the trees will tap down their roots and absorb the water from the pit through the soil while there is a cold composting process going on. So people are not only producing their food, but also organic fertiliser.

“One thing that everybody has is greywater and they have a lot of it from washing themselves, their children, vegetables and dishes. So, we asked ourselves what can we do with that? This initiated our food circle design,” Ina explains.

Globally there is a trend toward green initiatives as countries work to reach sustainable development goals. This project directly addresses goals like no poverty and hunger, while promoting green urbanisation and climate action in line with the Africa Green Stimulus Programme.

According to the policy guidance document, Urban Agriculture’s Potential to Advance Multiple Sustainability Goals, by the International Resource Panel in partnership with United Nations Environment Programme (UNEP), urban agriculture can advance multiple sustainability outcomes related to the environment, including water sustainability, food insecurity, economic development and many others.

In concurrence with this view of urban agriculture is Inger Andersen, Executive Director of the UNEP. During the launchof the Sixth Assessment Report of the Intergovernmental Panel on Climate Change, she said: “We need to bring nature into baking hot cities to keep them cool. Backing nature is the best way to adapt to, and slow, climate change, while providing jobs and boosting economies.”

As nature-based solutions climb up the priority ladder, Namibians also find the answers to their problems in soil and roots. In 2015 the city government of Windhoek (CoW) signed the Milan Urban Food Policy Pact, acknowledging they have to prioritise developing sustainable food systems like permaculture cycles. “By producing food in and around the city, we can connect the production with the market, experiments, ideas and solutions. We want to encourage food production, strengthen local market opportunities and increase capacity on urban agriculture,” saysCoW councillor Fransina Kahungu.

Foibe Sakaria, administration manager of the Kambashu Institute thinks that training in urban agriculture is essential.  “This is the only way these women can provide for their families. Food gardens are in demand, especially after the many years of drought. Many people try to grow their food, but you can see a lack of experience.”

One clear example of someone seeking to be educated is Auguste Kankono who lost her job in 2015. After three years of unemployment, Auguste attended her first permaculture training course. Today she is a trainer at the Kambashu Institute who has trained more than a hundred people in growing their food. Her newfound skills took her from being jobless to running her own successful business selling the food and trees she grows, as well as the compost she makes in her home garden that stands boastfully with various crops like pearl millet commonly known as mahangu, maize, fruit trees and vegetables.

“Covid-19 had an impact on my family because my husband also lost his job. During this time, I took some money and bought a few seeds to grow more vegetables. I was able to put food on the table and give my family meals from our garden. The training gave me new ambitions. I have a lot of knowledge and I want to share it with as many people as possible. I dream of expanding my training and going to the drought-stricken north of Namibia to teach the people there,” Auguste says.

Project director Ina says what drives her most is seeing how her trainers have developed. Bearing witness to that growth taught her the importance of working with people over a long period.

“You can see and feel the self-confidence that comes from a person that had no job, to a person that is now an educated trainer who has a place to go to and teach other people. That is the change that inspires me,” she says.

This project falls in line with the Africa Group’s resolution to create green and resilient cities, which they presented during the UN Environment Assembly in February this year. “We call upon our member states and the international community for climate-resilient and sustainable agriculture focused on the creation of green jobs to eradicate poverty, reduce food insecurity and generate increased economic growth in the agricultural sector and cities.”

Namibia is taking action towards realising this resolution with ambitious climate targets set forth by President Hage Geingob at last years’ COP26 in Glasgow. “Namibia is experiencing widespread and devastating impacts of climate change, including droughts and veld fires that destroyed large tracts of agricultural land and affected livelihoods, human health and well-being. Still, we moved beyond policy speeches and work towards becoming a world leader in renewable energy production. We now call on the developed world to provide the necessary financial fuel today, to sustainably power the cleaner economic engines of tomorrow.”

Do you want to republish this article? Kindly contact janet@africanwomeninmedia.com