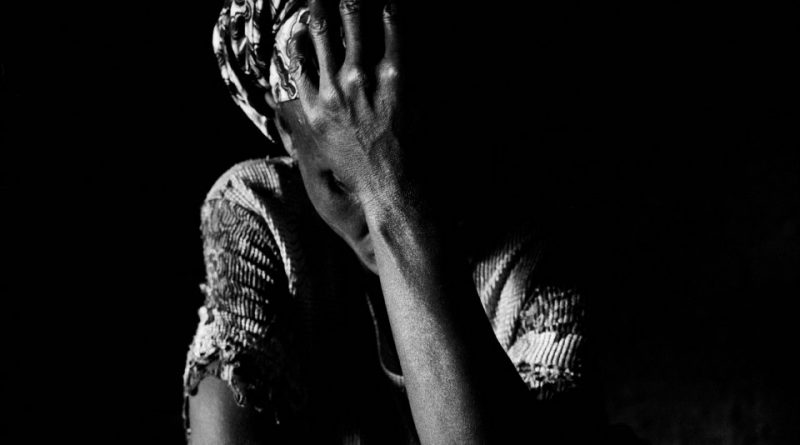 By Marie Louise U.

A sex worker speaks out about her life after being raped by a man in Kigali,  during  the interview with Integonews.com, she told us how the violence and the threat of violence, hinders the ability of individuals to protect themselves from infection. After experiencing the tragedy she was infected with HIV/AIDS and now she is struggling with it.

However, there are no statistics which indicate how many of these women were victims of sexual acts committed while working as sex workers.

In Rwanda, some of these individuals do not have the knowledge about their rights, and law protecting them from being abused while at work or elsewhere.

On 20th December 2021, Intego Media reached out to home of one of the victims, who is a sex worker with HIV/AIDS and GBV victim in Kigali, in order to clarify misconceptions about women involved in prostitution, and shine a light on the sexual violence, often experienced by this cross section population, with the hope that, the criminal justice system can assist people, who are involved in prostitution, with services such as advocacy and counseling thereby rendering to accessing medicine and counseling.

A woman whose name will be changed to Utuje because of anonymity and protection of her privacy, was born in 1984, and happens to be a resident of Kimisaga, Nyarugenge, in Kigali, she is involved in sex industry and a victim of GBV with 18 years of unfortunate experience, and a HIV/AIDS victim due to  the tragedy.

Having volunteered to share her experiences, she says that out of the six nights of work in a week, she experiences GBV at least 3times.

Intego: How did you decide to start this profession?

Utuje : I got pregnant at the age of 14 and the father of the child dumped me immediately. I have no parents so I had to look for a way to feed my baby. I do not have any skills, so the only option I had then, was to go on the streets to find men who can pay me for sex.

Intego: Can you tell us the challenges and the experiences you had from the day you started to present yourself for sex for sale?

Utuje : Of course, I cannot even hide it anymore, because I have gone through so much pain that, if I can tell my story and get positive feedback, I will not hesitate. The abuses I have experienced include, people beating me while at the street, they were police or thieves.

Intego: Did it  happen to you that the  police personnel  raped you?

Intego: uhm…tell us about your HIV/AIDS infection

Utuje : That was the worst experience out of so many I have had, it was was back in 2018 when one stranger picked me up and we agreed he was going to pay me 10,000 RWF for the night, I was happy because he had paid me in advance but we agreed to use a condom, but once the action started he refuse to use that protection, told me that he doesn’t have any.

He becomes violent and I accepted,  because I feared to be beaten as I had experienced  before, when the action was done, I sat on the bed with him and he told me I was such a nice woman, then he asked me: “have you ever died a little? “I replied smiling with confusion, “if I died, I wouldn’t be here with you”. Then he told me he was going to make me taste the death, as he was looking under his bed, searching for something, I was alarmed and started preparing to defend myself, lucky enough when he reached for his harmmer I was already up and I held his hands and screamed. He got scared and let go of the harmer, the neighbors who intervened after hearing the whole story told me to go home, that prostitutes should not be causing security problems since we are the ones who put ourselves in harm’s way.. They then told the man to go back to sleep and ignore me.”

Intego: have you ever reported to police?

Utuje : In 2020, right before COVID 19 started spreading, I had to take my friend to the police station in Kacyiru, and she had been beaten by a potential client of hers, she had cuts, I could tell they were made by blades all over her body. When we got to the station, they told us “You prostitutes! Go away with your problems that never end! Imagine they rejected her when she is still young and pitiful, you cannot imagine what they would do to me, especially at my age.”

“Every night I get ready to go to work, thinking that I might not come back home, I have seen one of my friends fall into a dump full of acid and the guard who was standing there told me that being prostitutes no one will care, to go in there and retrieve her body, as if we do not have any human rights.”

Intego: Did you know that if you were ever beaten up or raped you could report this?

Utuje : No, I did not know, and even now that I know I do not want to try that, the authorities abuse us too, as a result of  emotions, they never listen to our side of the story, and some even  laugh in our faces and accuse us that we are the ones who infect people with HIV. So, I don’t  report it at all.

Intego: What do you wish could change about your situation in this profession?

Utuje : The things I wish for are probably unrealistic, but I would like the authorities to consider us too, we know it is illegal to practice prostitution in Rwanda, but is also illegal to beat and/or kill people. If we are caught in prostitution we get punished, I wish the men who abuse us too,  would get punished and we would all be equal under the law as human beings.

I also suggests that the authorities could care about these young women who get pregnant or got HIV/AIDS infection without anyone to help them and try to provide the basic needs so that they prevent them from adding up to the numbers of criminals because most of us started this profession for the fear of not being able to take care of our kids.

Intego: Don’t you know that RBC helps people to unit in cooperatives and help them to start their own business instead continue to be sex workers?

Utuje : Sometimes they help us, but most of times, the local leaders profit from our projects at the end, you find yourself in the same situation as before

“You, as the media, you could help us by advocating for us to the authorities, we don’t want to be killed, just because we were forced to make bad choices in life, out of  abandonment and desperation, deep inside we are still human beings with the basic human rights.”

Laws are here to protect every Victim

After hearing about Mutesi’ssufferingi, we wanted to know what the laws stipulates about this kind of cases, in an interview with lawyer VenusteKagabo, he said that women started to file cases most of which were won in courts.

“It is better to file a case immediately after being raped when proofs are still fresh. However, in this digital era, criminal laboratory technologies are developing so fast, and some old proofs can be tested,” Me Kagabo said.

“The law Nº68/2018 of 30/08/2018 determining offences and penalties in general in the context of  Rwanda,  article 134 stipulates that  “If a rape resulted into an incurable illness or disability, the offender is liable to imprisonment for a term of more than twenty (20) years, but not more than twenty-five (25) years, and a fine of not less than five hundred thousand Rwandan francs (FRW 500,000) but not more than one million Rwandan francs (FRW 1,000,000).” Me  Kagabo added

Among the proofs of rape include injuries on the body, sperms, and in the worst cases, phone records, he said.

When sex is violent or forced, women are put at high risk of HIVAIDS infection. Harmful traditions such as men marrying virgins in the hope of being ‘cured’ of HIV and practices such as female genital mutilation,  could lead to an increased risk of HIV infection for those women and girls. In a Case study which was conducted by Catholic Agency Central America conducted by Catholic Agency for Overseas Development CAFOD indicates that  that 28 per cent of people living with HIV/AIDS  in the region, say that they have experienced some form of violence within  the last 12 months.