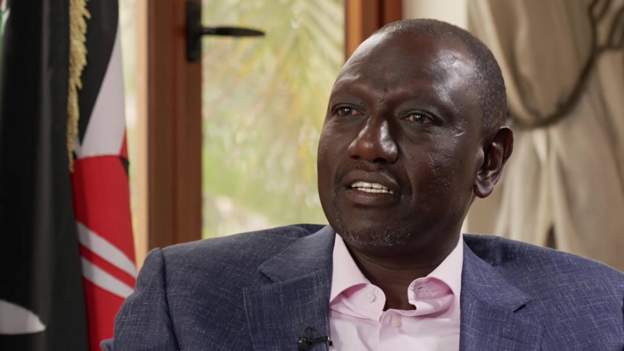 Kenya’s Deputy President William Ruto says he’s not disappointed that President Uhuru Kenyatta is not backing him as he makes a bid for the presidency.

“It is [President Kenyatta] who made a commitment to himself and to the people of Kenya. That he would support me.

“But I’m also a person who understands that he’s an adult and he can change his mind. I can’t fault him.”

Mr Ruto also defended how he has characterised his campaign as being for the hustlers.

“I have grown my career from nothing. And I have climbed the ranks and learned the hard way to where I am today. I believe that I present an opportunity for other people with the same background like me, and there are millions that are the majority.”

On corruption, the deputy president said he would address endemic graft within his first days in office.

“We want a situation where even if the president is corrupt he should be taken to court like in other countries. No-one is above the law.”