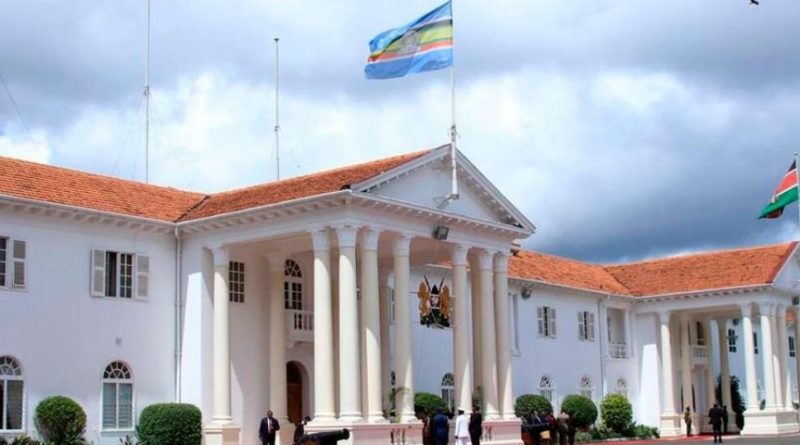 What you need to know:
• Born in 1949, Mr Njiru, a consummate journalist, worked briefly for founding President Jomo Kenyatta but would make a name for himself during Daniel arap Moi’s 24-year reign from 1978 and subsequently working as the retired Head of State’s Press Secretary from 2002 until Mr Moi’s death in 2020.
• Lee Njiru: Presidents’ Pressman, A Memoir gives a rare glimpse by an insider of happenings in the corridors of power and illustrates efforts made to advance Project Kenya.
• General (rtd) Lazaro Sumbeiywo, a former Army Commander and current regional security adviser to the President, has written the foreword of the tell-all book published by the Kenya Literature Bureau, describing Mr Njiru as “President Moi’s memory bank” and one of the most influential members of the inner circle .The book will be launched this week in Nakuru.

Besides tribalism, some people that I worked with went to unimaginable levels to protect their jobs and other favours. Working for State House was lucrative. Allowances were fat, foreign trips so frequent, influence so great, that it was devastating and degrading to be transferred from this seat of power.

To forestall such an eventuality, junior officers offered money to those who wielded the power to recruit and transfer. Some ladies, even the married ones, offered sexual favours to remain in State House. Witchcraft and all manner of occult science were employed by those who believed in supernatural interventions.
Farts in the President’s office: A senior lady at State House was caught with her pants lowered and busy farting in President Moi’s office. She was directing her farts in all directions.

Luckily, the farts were not productive; just a crackling noise, like that of gunfire. The lady’s loose morals were in the public domain. She feared that President Moi might get the information and have her transferred. That is why she got the advice of a witch doctor. She was lucky that she was caught doing this unpleasant ritual by a fellow tribesman. They settled the matter their own way.

Squirrel tail in locker: In another incident, President Moi came to the office in State House, Nairobi, earlier than expected. He received some guests who needed a photograph with him. Unfortunately, the photographer on duty had not arrived.

The Presidential Press electronics engineer, Wilberforce Onamu, and myself were capable of taking photographs. We broke into a photographer’s drawer to remove the camera. We were shocked to see that the camera was tied with the tail of a squirrel. All the same, I used the camera and got beautiful photos. Onamu got scared and refused to touch that camera.

Juju from Zanzibar: A senior security officer, part of the presidential bodyguards, also engaged in witchcraft. Every time we were in Mombasa, I used to see him in the company of a light-skinned middle-aged man. I did not know his real name because he was commonly known as ‘Vespa.’

This is because he used to ride a ‘Vespa’ scooter. To me he appeared to be a cross breed of an Arab and a black person. I could not figure out what brought these two together. At first, I thought it was because the security officer was half Caucasian and half black. The coastal fellow was semi-literate and uncouth.

The security man was also semi-literate, but good at his work. He steered clear of the company of educated people because he could not stand any intellectual challenge. One day in Mombasa, ‘Vespa’ let the cat out of the bag. “Are you properly protected? I have brought fresh supplies from Zanzibar,” he impressed on me. “What supplies?” I asked him. “Paraphernalia to ensure you remain on the job.

I told him in no uncertain terms that my mother would curse me if I got involved in such revolting and repugnant practices. It appeared to me that the purveyor of these magic paraphernalia and potions did not believe in their efficacy, but was capitalising on the gullibility of officers who felt insecure.