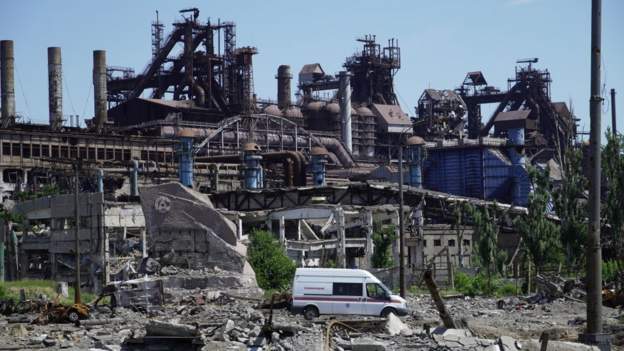 The head of Ukraine’s largest steel company has accused Russia of looting more than $600m worth of the metal from ports and factories.

Yuriy Ryzhenkov, the chief executive of Metinvest, said Ukrainian- produced steel was now being sold by Russia to Asia, Africa and other parts of the world – despite having already been ordered by customers in Europe.

Russia has not commented on the matter.

He said 300 workers had been killed at the Azovstal plant in Mariupol, which was besieged by Russian forces for three months.

Mr Ryzhenkov said the site and another nearby facility produced 40% of all Ukraine’s steel.