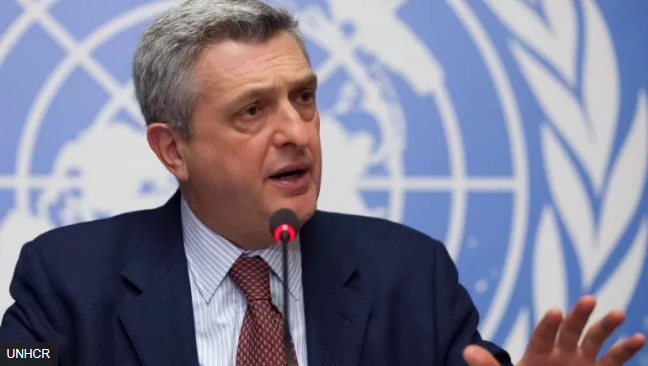 The head of the UN refugee agency has condemned plans by Britain to send a first flight of asylum seekers to Rwanda on Tuesday.

He said other countries who took in far more asylum seekers than Britain could decide to follow its example.

Courts in London have rejected two last-minute challenges to the new policy.

The British government argues that the move is designed to deter people-trafficking, but there’s been widespread criticism by opposition parties and rights groups.

Hundreds of protesters gathered outside the Home Office.