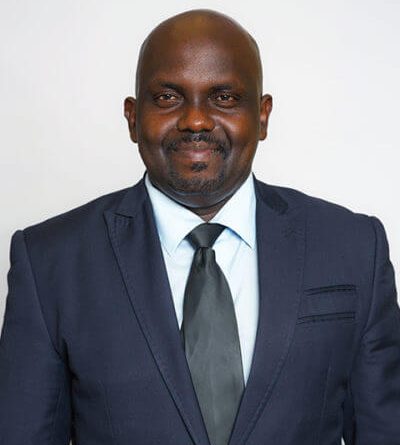 Suspects in Rwandan prisons and cells have reportedly been denied fundamental legal rights during COVID-19 period as a result of courts suspending sessions and limiting the number of cases to be heard a measure to control crowd gatherings to curb the spread of the pandemic.

Among the legal rights that have been limited due to the pandemic include bail, legal representation, being held in custody beyond legally provided period.

Rwanda has been hailed as one of the leading countries on the continent to control the spread of the pandemic with less COVID-19 cases compared to other countries and was the first to impose a lockdown in the sub-Sahara Africa region. However, this led to court suspending activities for some time thus denying suspects timely justice.

According to some observers and human right defenders this has been due to the fact that in these COVID-19 times, judicial services have not been marked as essential services hence resulting in delayed court appearances.

However, other observers have noted that it could be deliberate in order to make political scores as is the case with Paul Resesabagina whose lawyers have on several occasions said that his rights had been denied, though this has been denied by government officials.

In one of his court appearances, Rusesabagina who faces nine charges including terrorism asked court to order prison authorities to allow him have access to his lawyers so as to be able to discuss the case before proceedings could go on.

Mr. Jean Paul Ibambe, a lawyer with Legal Aid Forum says not only have those on remand been affected but the justice sector in general has been affected. He however, notes that this is not only happening in Rwanda but across the globe where COVID-19 has basically brought everything to a standstill.

“Some of these rights like defendants meeting with lawyers are provided for in the Constitution under Article 29 as right to due process and essentially one would say justice denied is justice delayed however there is a pandemic fight so some of the rights might be withdrawn so as to keep people safe,” Ibambe says.

“The best solution is to add legal and judicial services to essential services and this has been found out in the survey conducted at Legal Aid Forum with more than 85% of the respondents confirming the essentiality of legal services during hard lock downs.”

According to the survey, the lack of provision of legal services not only compromises due process of law but also leads to increased number of illegal detentions and backlogs within the judicial system.

Louis Gitinywa, a constitutional law expert says courts can’t operate as smooth as they used to and this has an impact on the court backlog because cases can not be heard except on special cases and for many people on remand in many prisons this is a big challenge for them and the judiciary.

“There is no real evidence on the government using COVID-19 to deny rights, freedoms and justice to political opponents whether in jail or out. You can say that but there is no evidence, it’s purely speculative” said Gitinywa.

Gitinywa notes that the question of how these people can get justice so fast should be addressed by policy and decision makers since they are the ones behind the wheel and know what is needed.

According to Harrison Mutabazi the Judiciary spokesperson, there hasn’t been delayed justice as some people may want the world to believe.

He notes that Courts in Kigali and around Rwanda have continued to dispense Justice with the aid of IT platforms namely Skype and video Conference.

“Urgent cases in criminal matters especially matters concerning pre-detentions have been presided over and others ruled over subsequently. This month alone, a total of 716 have been either ruled over or heard in merit, by Primary and Intermediate Courts in Kigali only,” Mutabazi says.

“Civil suits especially in form of urgent applications have started to be presided over and the Nyarugenge commercial court presided over such suits with the aid of WEBEX technology,”

Early last year, government of Rwanda imposed a total lock down on the country in order to curb the spread of Corona Virus. The lockdown led to most services in the country deemed not essential to be closed these included judicial services.

Initially, government had announced a temporary shutdown of schools, universities, and places of worship across the country for two weeks.

Under the new measures, travel between different cities and districts of the country is banned except for medical reasons or essential services.