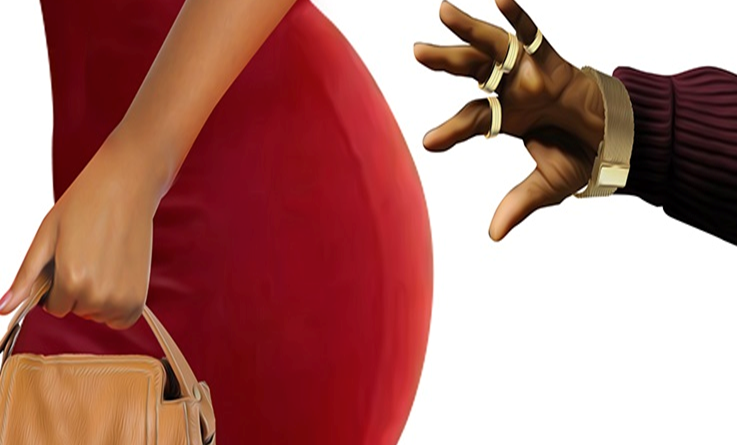 Sexual based corruption for women at the workplace is very silent and remains a highly secretive kind of harassment yet sadly it goes unreported matters more often. Despite it is unreported it does not mean there is zero percent of the sexual harassment perpetrated towards women especially those in the working environment.

Recent reports indicate that sexual based corruption perpetrated by men is predominant in both civil, private and public institution. Net Photo.

It is reported that some women are forced or find themselves in an undeniable situation of having sex with their male employers. For even worse, this is done in order for them to get paid, get promoted, or be favoured in one way or the other.

Sources also indicate that female subordinate are harassed with the use of threats and being scared to lose their monthly salaries in case they didn’t comply.

Christelle Uwamariya is a clear indication of whose victimization and sexual violence perpetrated by her male employer made her lose the job.

It started like others victims who are fooled and promised a well-paying job in other countries but find themselves in false promises.

Uwamariya was promised a well-paying job in Kampala which was a connection made by her fellow workers and she had high hopes of falling into a greener pasture, a better pay as she was promised but things turned around at the last moment when her Boss forged illness to attract the sympathy of Uwamariya and when she visited him the jumped on her and raped her.

As a result of rape, Uwamariya was impregnated and later bore a child who is now five years old.

According to Uwamariya, giving birth to a child as a result of rape is a blessing in disguise because she never loved the father of the child despite him begging to live with her.

“After raping me and getting birth to his child my former employee always begs me to go and live with him but I can’t because I never loved him. It is a great shock and I feel a deeper scar that will affect the child too in the long run,” she said.

Another woman who was an employee at the High Sec company in Rubavu district was also raped by her bosses when he forced her to first have sex with her before she gets the salary.

Sexual harassment at the workplace is rarely reported about but multiple interviews indicate that they are harassed verbally and physically.

A victimized female and a journalist who didn’t disclose her names for security reasons told Intego.com that there are many causes of verbal harassment where the bosses (employers) sexually flirt with their young subordinates which in most cases is aimed to lure them to sex.

“A big number of employees who seek sexual favors starts with flirts and then goes further to physical harassment. This is perpetrated mostly towards young female employees who are threatened with the influence and powers of their bosses. At the moment after verbal flirts, the bosses usually exert forces towards the young female workers who are in most cases can’t deny,” the young female victim testifies.

Statistics from RIB indicate that the investigative body has received 1541 cases related to giving and asking sexual favors in just the last three years.

A report published by Women in News, a media development programme, has found that a significant number of female journalists in Rwanda have experienced harassment of different natures.

The report on the Gender-based violence in the public workplace of 2018 indicates that “sexual corruption exists in all sectors of employment public, private and civil society, but it seemingly appears even higher amongst the private employers (58.3% compared with 51.4% in the public sector and 43.1% in civil society) due to the big margin of maneuver that they enjoy in terms of staff management.

According to the report, the recruitment in the domain of sexual favors is very often conducted on the basis of subjective criteria, thus exposing the employees, especially those of female sex, to practices of gender-based corruption in order to preserve the favor of their employers or their hierarchical superior.

Rwandan Penal code prohibits sexual harassment and provides for penalties for conviction of six months to one year’s imprisonment and monetary fine but the penalties are increased when the offender is an employer or other people of authority and the victim is a subordinate.

Article 637 of the penal code clarifies that demanding favors of sexual nature in exchange for service Any person who explicitly or implicitly demands or benefits from, or accepts favors of sexual nature as a promise to accomplish a duty or to refrain from carrying out his/her duties, shall be liable to a term of imprisonment of three (3) years to five (5) years and a fine of fifty thousand (50,000) to one million (1,000,000) Rwandan francs.

Article 638 stipulate, “Offering favors of sexual nature in exchange for service Any person who, explicitly or implicitly gives or promises favors of sexual nature to get a service or cause the service provider to render illegally a service shall be liable to a term of imprisonment of three (3) years to five (5) years and a fine of fifty thousand (50,000) to one million (1,000,000) Rwandan francs.